The Zoe Bayliss women’s co-op, which was in danger of disbanding completely, has found a new home on Langdon Street, according to a press release posted on the co-op’s Instagram page..

Last spring, the University of Wisconsin announced that the organization’s current building at 915 West Johnson St. would be demolished to make way for Levy Hall College of Letters and Science, the new humanities building on campus. Levy will begin construction in 2023, according to UW.

The co-op has rented the Johnson Street home from UW for the past 67 years, according to the press release, to provide affordable on-campus housing for students who cannot afford to live in dorms or other on-campus housing. They will move to 636 Langdon St. The move will also open the co-op to students from all Madison-area colleges.

The Zoe Bayliss Co-op is the only student co-op housing facility in Wisconsin and one of the only affordable housing options at UW, according to the press release.

Although they will have to part ways with their old building, the co-op is relieved to be able to continue, said Zoe Bayliss Co-op Vice President Ishita Arora. The cooperative hopes to move into its new premises by the summer of 2023.

Zoe Bayliss worked with the Madison Community Cooperative to find a new space, according to the press release. MCC is a Madison nonprofit that creates affordable housing options in Madison, according to its website.

Zoe Bayliss turned down an offer from the university to house the co-op at Phillips Hall, one of UW’s Lakeshore area residence halls, in April, according to an email to the Badger Herald from the gatekeeper. word of the UW, Jeff Novak..

The proposal offered a 12-month lease instead of nine, which would have lowered prices and eliminated concerns about summer housing, Novak said.

Arora said the plan was not ideal because living in Phillips would have reduced the organization’s capacity. It felt like UW had left the co-op to its own devices and should have done more to find suitable housing for them, Arora said.

“Last year, we spent a lot of time struggling with college to provide us with an affordable, realistic option…” Arora said. “In the end they were unable to provide this and refused to offer us money to help us move or find accommodation ourselves.” 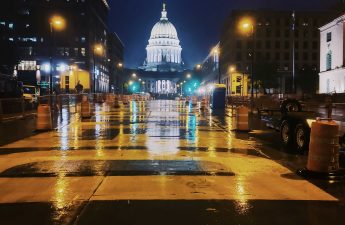 But working with MCC has been a breath of fresh air, Arora said. She felt that they really wanted to help the community of Zoe Bayliss.

“At the end of the day [the co-op] decided to go in a different direction,” Novak said. “We have thoroughly enjoyed our partnership over the years and wish them well.”

UW is working with appropriate offices on campus to donate furniture and other equipment to the co-op’s new location, Novak said.

Cash or check donations to support the Zoe Bayliss Cooperative move can be sent to the Madison Community Cooperative at 1202 Williamson St., Suite 106, Madison, WI, 53703.